Written by Karlis R. Zikmanis on 24 August 2010. Posted in About Latvia

...walking in the French Quarter of New Orleans wearing a Latvian tee-shirt when out of nowhere a young lady ran up to me and shouted "Show me the ring! Show me the ring!"

Perhaps you've seen it on a friend's hand. Perhaps you have one on your own hand. Perhaps you've been asked or you're wondering: what does it mean and does it represent anything? In case you haven't guessed yet, I'm talking about the very distinctive ring, which most all Latvians wear... the Nameja gredzens.

This article appeared in a college newsletter many years ago in response to the many questions I received regarding my own Namejs.

The Ring of Latvia

Three separate bands of silver twist around each other forming a braid...
A thread-like chain wraps them together making them one...
Four separate elements come together in a single shape.

No two rings are exactly alike; each one is handcrafted. But the form never changes... always the three wrapped by the one.

Similar rings have been excavated from sites along the Daugava River dating back to the thirteenth century. These rings were simple. Today's rings encompass 800 years of design, modification, and artistry. Yet even today each ring is still forged by hand, braiding three bands of silver (traditional) or gold and then wrapping them with a chain.

Every Latvian male will wear his ring proudly... it is usually only be given to him as a rite-of-passage from boyhood to manhood. It is not appropriate to buy for oneself. Women also wear the braid of Namejs in the shape of rings, necklaces, bracelets or brooches.

The ring's history, meaning, and symbolism can be explained like this:

The three bands represent Vidzeme, Kurzeme, and Latgale... the three ancient tribal regions of present-day Latvia. These regions were always in conflict with one another, despite their common language, common culture, common traditions and most notably, common enemies or Svešnieki [SVESH-nia-ki, or strangers].

This disunity would make it easier for the Strangers to subdue any one region because the other two thought it none of their business. They viewed themselves as independent of each other and could not realize that what affected one region, affected them all.

One day, a powerful Latvian chieftain emerged called "Namejs". He understood that the regions must stop acting independently and fight together in order to repel the Strangers. In the spirit of 'united we stand, divided we fall', he said: "We must stand together against the Strangers... and when they're gone we can squabble amongst ourselves."

The chieftain, Namejs, is represented by the single thin chain trying to hold the three larger bands together.

It is a fragile existence; the chain may break at any link, and the three bands become unraveled. But, if every link holds true, then the form will be retained, and Latvia will stand proud.

Personal freedom has always been at the core of Latvian ideology. If any person does not have the freedom to exist as he or she would like to, then the form of the whole has been forced upon them—their link will break and the ring become undone.

One without the other

Without the bands of silver and the chain together, the ring could not exist. Without the ring, the silver bands and the chain would be no more than scraps of meaningless silver. Though the ring is a whole made up of lesser parts, each part retains its character and form within the whole.

The ring is no more important than the bands of silver making it and the silver bands no more important than the ring they make. That is why the ring, the chain, and the silver bands are all visible. One without the other would have no meaning. But together, they form a recognizable shape: it's a ring of unity, it's a ring of freedom. It's the ring of Latvia. 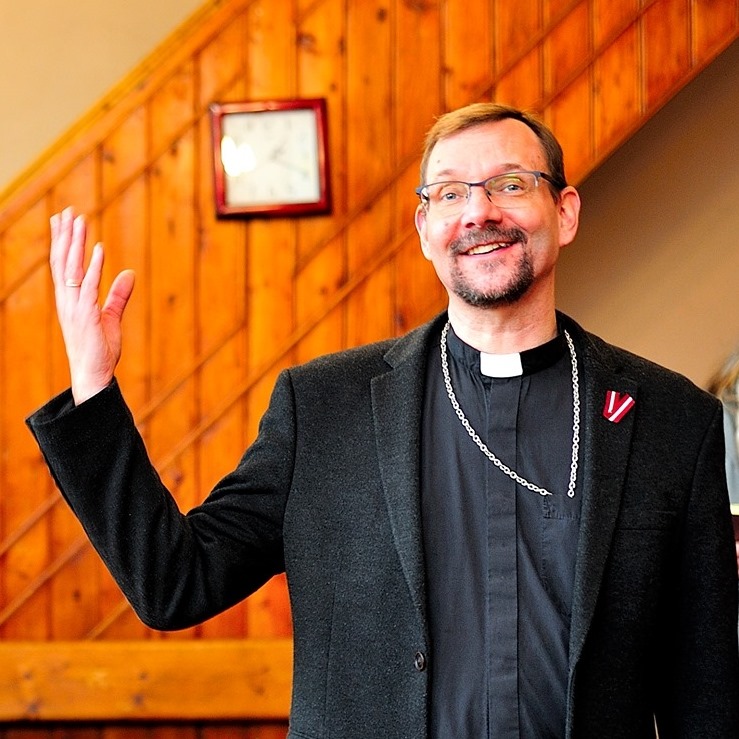